Call Me When the Shuttle Lands. 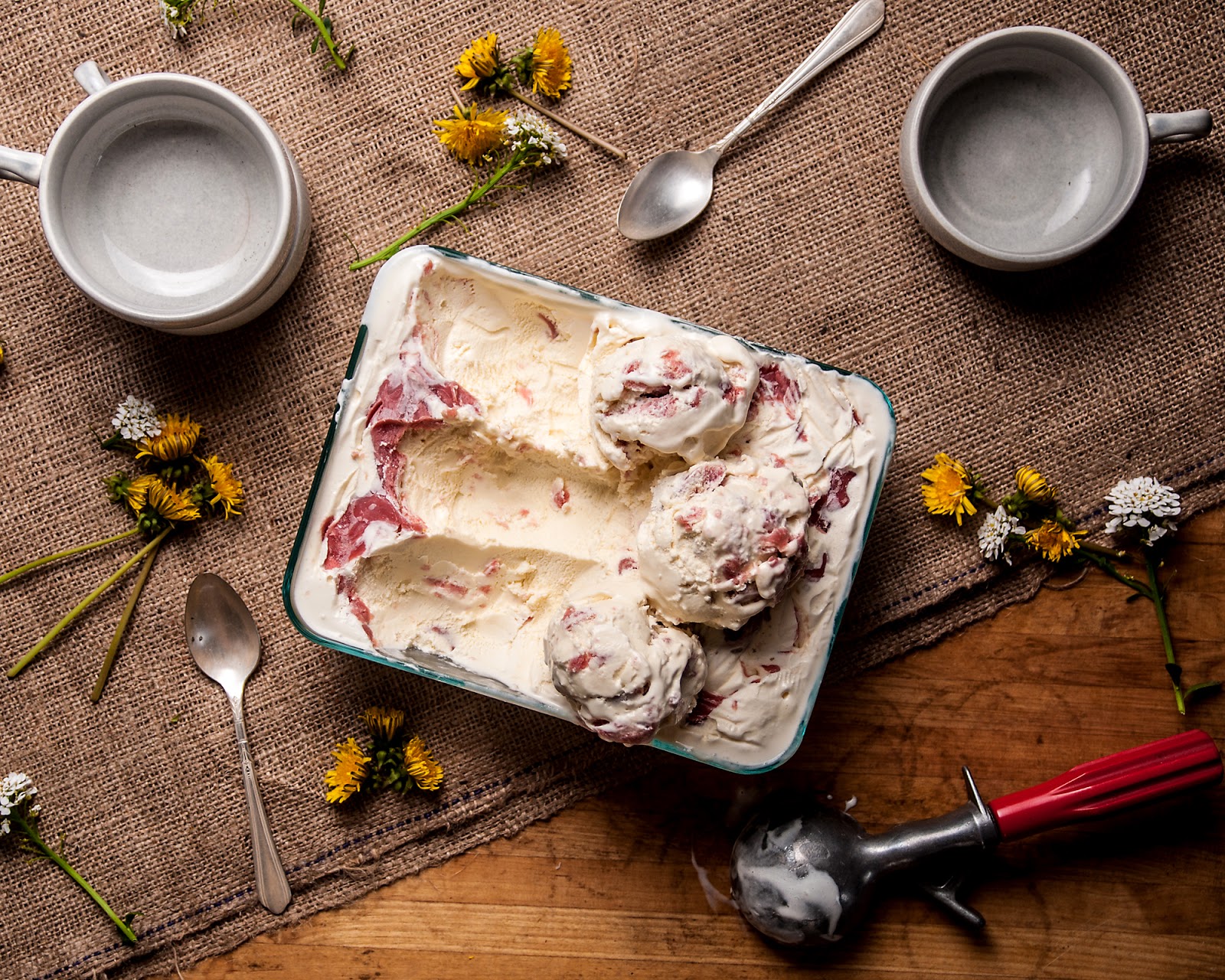 It would appear that this whole hippie thing's pendulum has swung its groovy way again. Read, it's in. This could be attributed to many things: a disenchantment and exhaustion (or sheer anger) with current politics, climate change (save water, shower with a friend), the way we view and approach our food, or just the wave of fashion. Everything comes back around, you know.

Though I was born in a particularly pointedly hippie period with hairy, bell-bottomed parents (who named their daughter Elliott), the whole hippie thing, with its ins and outs in my lifetime, has had little effect on me. In high school and even college, while many of our peers donned the gauzy, flowy shirts and floor-length paisley skirts, Birkenstocks, and the god-forsaken patchouli, Paz and I were listening to NWA, drinking 40s and seeing how much cleavage we could get away with.

I had an old friend back in LA, a real meat and potatoes guy and proud Texan, who had a saying when I – or anyone for that matter – got a little, er, out there, a little too magic-y or feel-y or granola-y (think Anne Heche's 4th dimension circa 2000, or just Gary Busey, in general).

'Call me when the shuttle lands,' he would say wryly. 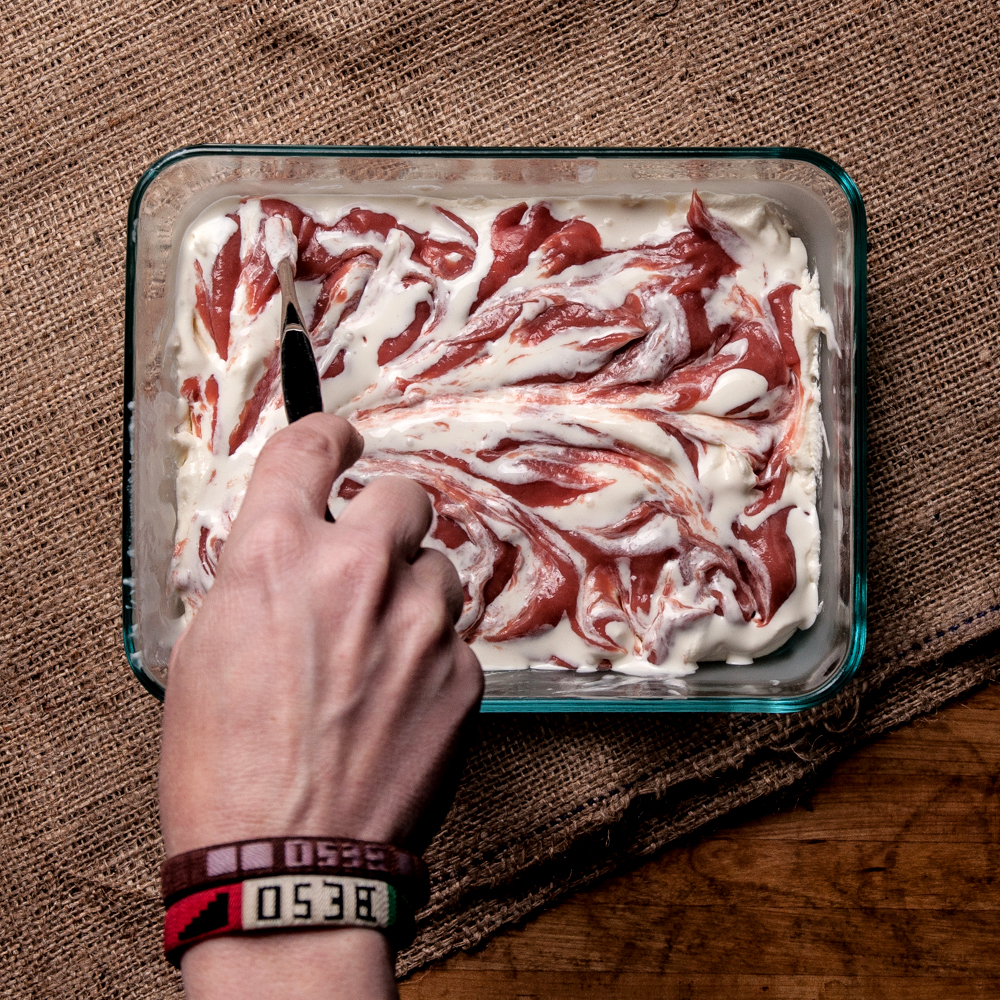 Regardless of the dude's generally great deadpan, comedic timing, this was always hilarious and perfect to me. And so, of course, I have long since, and with much frequency, adopted the comment.

I, for the most part, am pretty even-keeled and pragmatic when it comes to social politics. I understand the motivation for going green, buying local, being responsible with my carbon footprint, etc. But I equally understand that it is a very high maintenance and prohibitively expensive lifestyle to adapt. Go ahead, buy a week's worth of groceries at Whole Foods and a week's worth of groceries anywhere else, and tell me the price difference. How much did you spend on kombucha or fair trade coffee last week?

I'll never forget a photo assignment I had when I first moved to LA and was working for the LA Weekly. I was in my twenties and really struggling financially. I was asked to photograph a woman (married to a extra, super, mega famous actor/comedian) whose personal crusade it was to abolish Hummers and the like and get everyone to drive a Prius. She actually threw stones at people's environmentally cruel vehicles. Needless to say, I parked my banged up gas guzzler far, far away and lugged my photo equipment on foot to her house for the shoot. Oh, her house that was a ginormous manse in the famously richer than rich Pacific Palisades neighborhood (Steven Spielberg was her neighbor). Parked in the driveway were a minimum of five various hybrid and electric cars.

My point is: I appreciate that she wanted to share the gospel, so to speak, but COME ON. And by the way, I still can't afford a Prius. I try in other ways. I have a vegetable and herb garden, I recycle, I buy seasonal and local – when I can, I read, I think, I don't drive a gas guzzler – actually, I hardly drive at all. So keep your judgment, your stone throwing (literally) to yourself, step down from that fancy-ass high horse and, hey, call me when the shuttle lands. 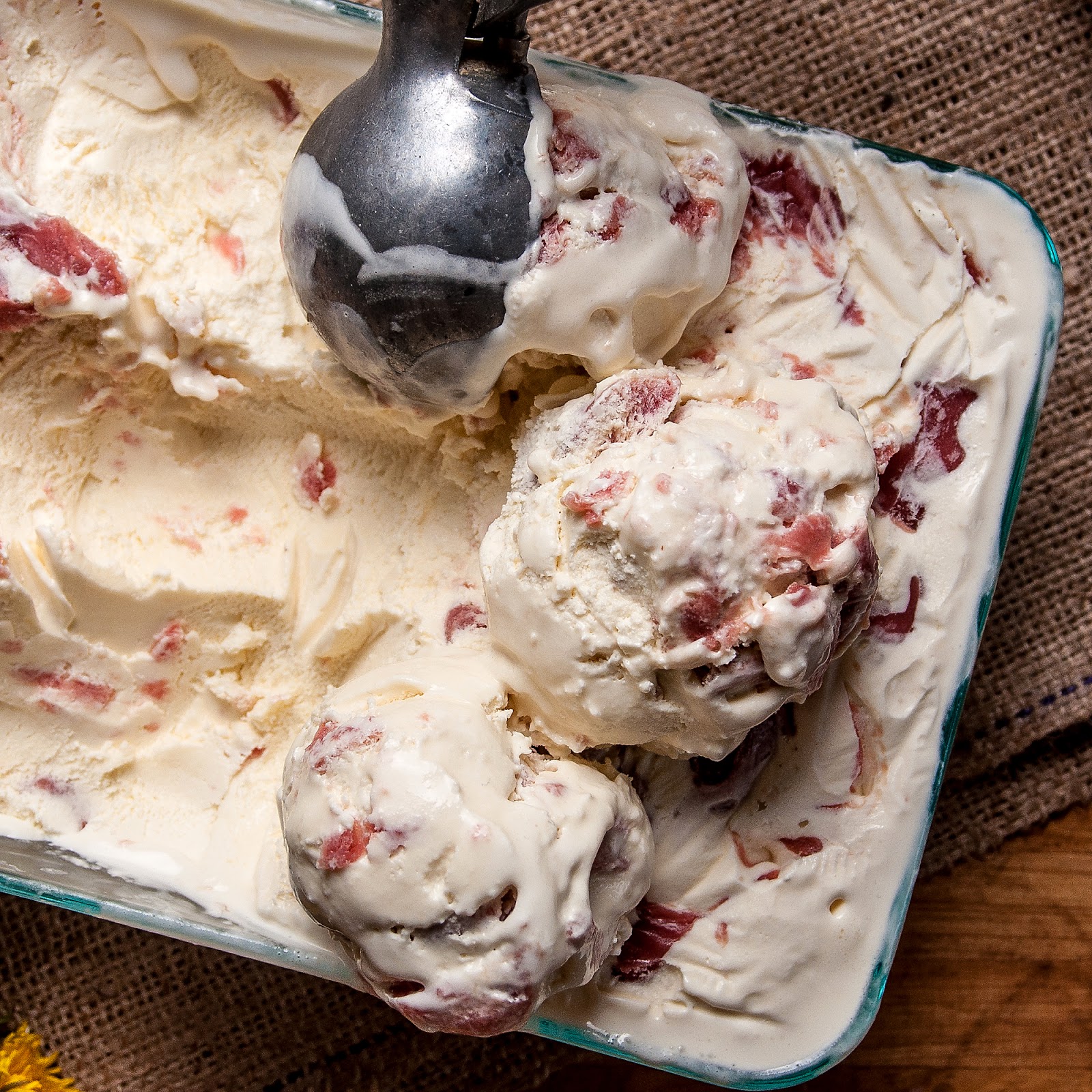 Here's the funny thing: the same girl that would steal Paz's sister's hippie outfits and dress up in them to poke fun at her, the same girl whose eyeballs roll out of her head when she hears a little too much about whatever this acai berry is, and the same girl who knows absolutely nothing about your or her own astrological sign has turned in a decidedly bizarre direction whilst pregnant.

And here it is: currently I have my own doula, a small troupe of midwives, and a tiny library of books with such titles as Spiritual Midwifery (where the vagina is sometimes referred to as a Yoni and contractions are called rushes), and am having an entirely natural childbirth. Like, no drugs. And in water. And now that I am large and in charge at seven months pregnant and counting, I'm pretty much wearing the exact clothes I would have derided twenty-five years ago: long, flowy maxi dresses (if we're going to call a spade a spade, muu muus), colorful, decorative scarves – around my head, and even the Birkenstocks. You should see all my wicker and canvas totes. I'd like to think I'm channeling Elizabeth Taylor in the Sandpiper.

If I knew me and heard all of this from me, my response to me would, without a doubt, be, 'Elliott, please, PLEASE call me when the shuttle lands.' 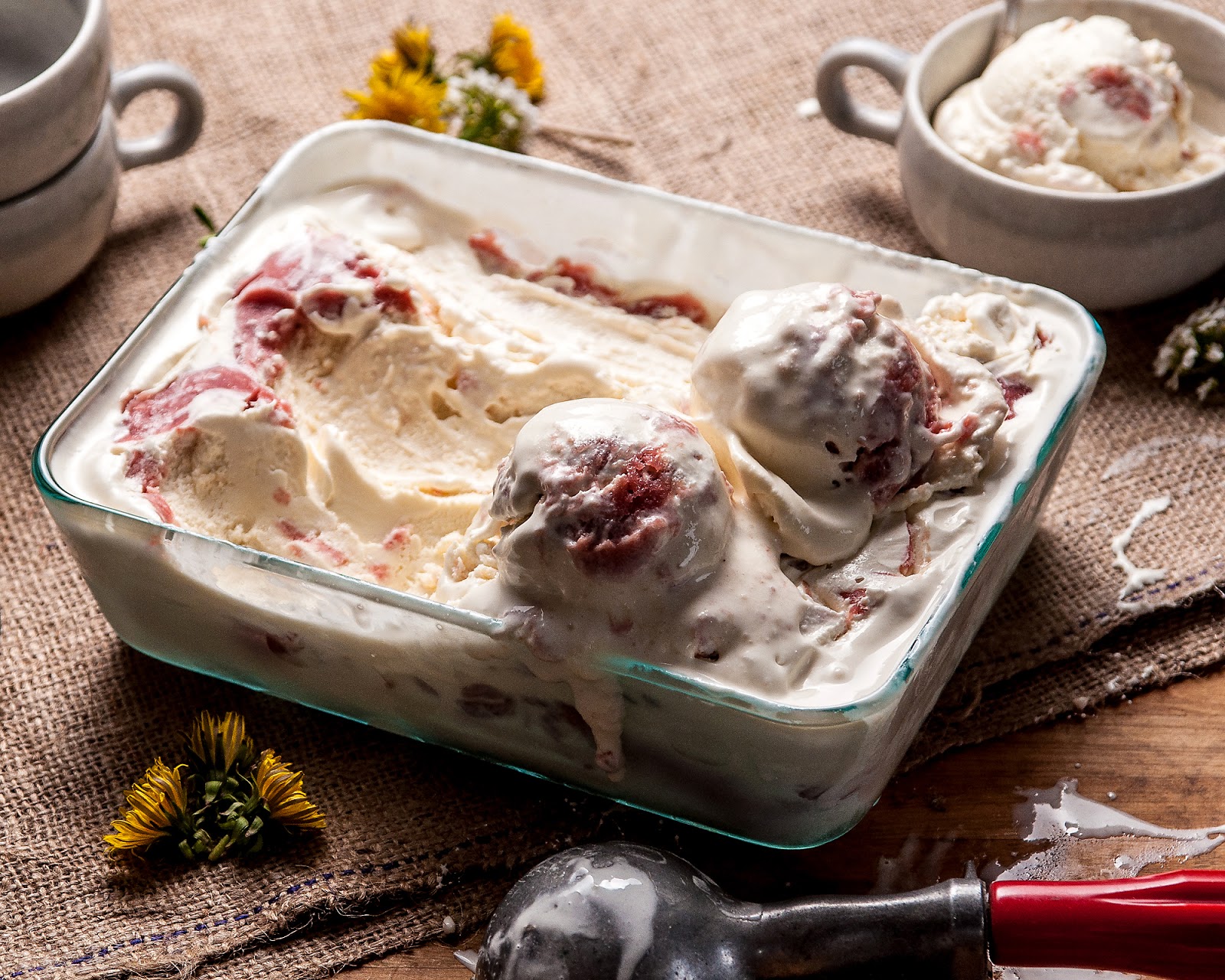 Fortunately, thanks to Portlandia, Pinterest, all things DIY - pickling, craft beers, chickens in the yard, salad greens 'foraged' from the vacant lot, Mason jars and twine, I feel the pregnant, muu muu-wearing me has just so happened to luck out in the roulette of current fashion. This whole hippie thing has returned. Again. Sort of. With a twist. It's more lumberjack-self-reliant than bongs and tapestries, more sweat than patchouli, more Airstream than school bus. It's far more conscious, I suppose.

Fred and I have a lifestyle that adapts some of this ethos. Like I said, we have our garden. We sometimes shower together (though I'm too large for shower sharing these days). Fred sort of looks like a lumberjack. But we also live realistically. We enjoy our creature comforts. We watch our shows on HBO. We pay taxes.

But one major do-it-yourself that we, Fred in particular, has been super keen on for a few years now is making ice cream. In the ice cream-y months he likes to make a different batch each week, always experimenting with new ideas. And, while some aren't as successful – conceptually (coconut milk and Sriracha, for example) – his actual ice cream is undeniably delicious.

In the spirit of this post, we picked up some local, just-in-season rhubarb from our local, green grocery and got to it: a rhubarb-swirl ice cream. While Fred usually takes the reins with the ice cream, we collaborated for this one. He prepared the ice cream part and I made the swirl part. It was our first swirl (well, in the ice cream department - how do you think I got pregnant, after all?).

In the end, we made a beautiful and tasty new ice cream. I need to tweak the swirl method I chose but otherwise we were very pleased with the outcome. Even better than the local farm eggs, milk and cream used was that the ice cream matched the tie-dye pattern of my muu muu...

Oh, Jesus. Call me when the shuttle lands, right? 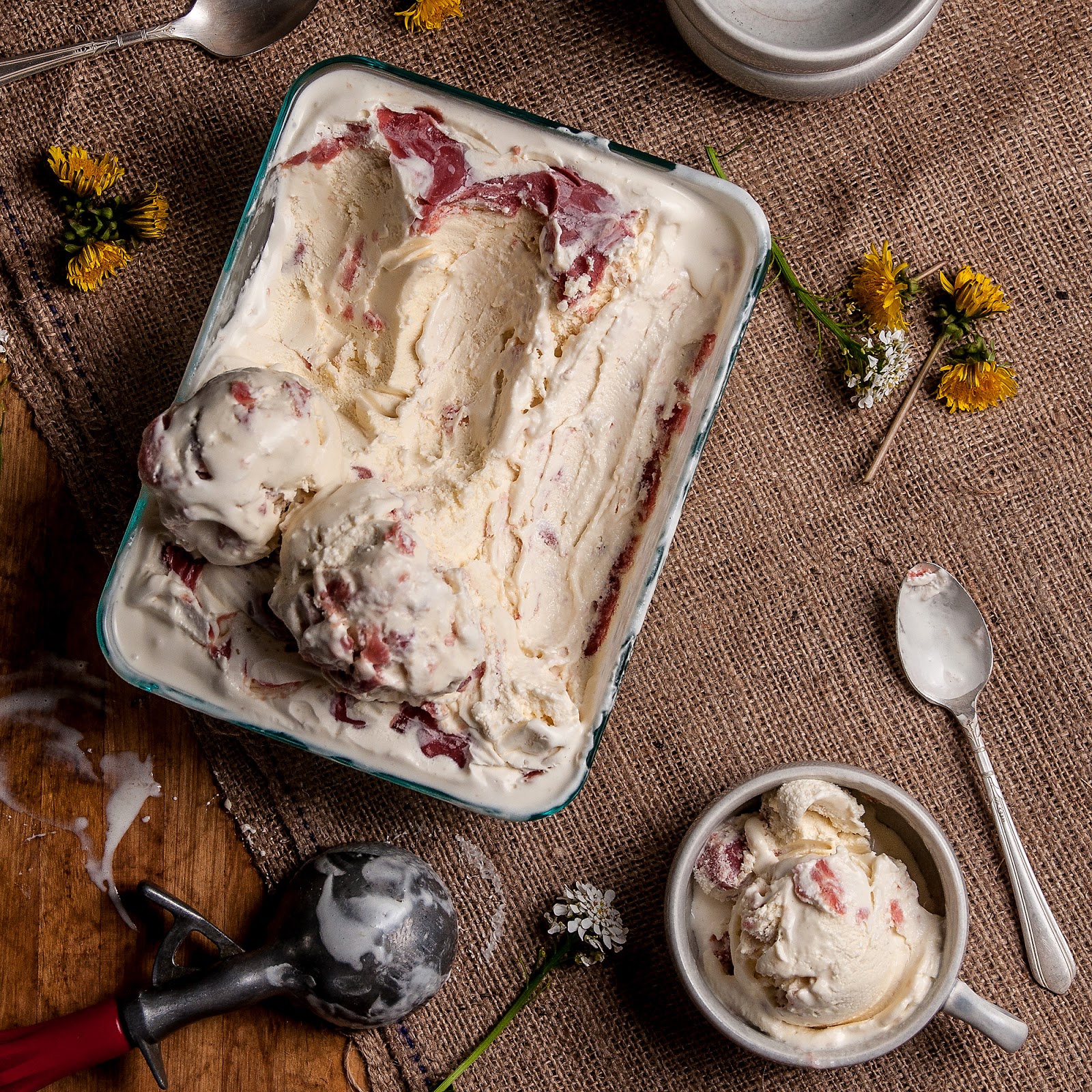 DIRECTIONS
In a heavy bottomed sauce pan, combine half and half, whole milk, heavy cream, 1 cup of sugar, and salt. Whisk to combine. Taste for salt.

In a bowl, whisk together egg yolks and 2 tablespoons of sugar.

Over medium-high heat, heat milk mixture until sugar dissolves and begins to simmer. Slowly pour about one cup of the simmering milk mixture into the egg mixture, whisking constantly to temper the eggs. Add egg mixture to sauce pan, stirring occasionally for about 5 minutes. Turn heat off. Add vanilla extract.

Pour mixture in a large bowl over a fine mesh sieve to catch any clumps. Cover and place in fridge to cool, about 3 hours. To speed up the cooling process, place bowl in an ice bath in the fridge, or place in the freezer sans ice bath.

Rhubarb Swirl:
Place rhubarb, sugar, and orange juice in a sauce pan. Cover and cook over medium heat until rhubarb is soft, about 10 minutes. Puree mixture in food processor until smooth. Once ice cream mixture is cold, make according to your machine’s instructions. Add rhubarb in at the end, swirling through the ice cream (here's what I did). Place in freezer again for ice cream to become hard enough.