FOR MILO, WHO NOW KNOWS THE WAY. 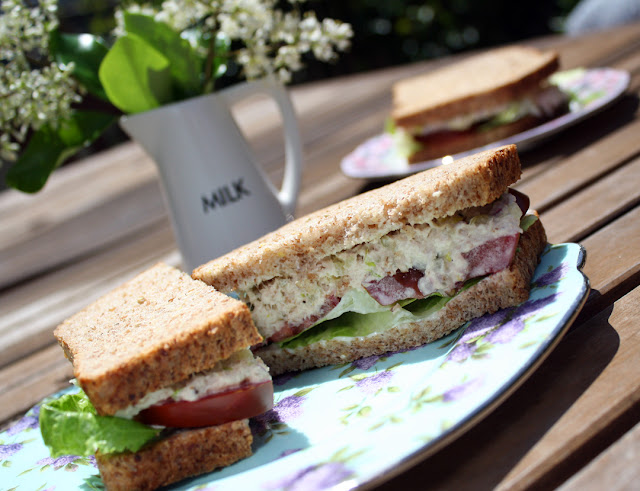 My absolute favorite book as a child, and perhaps my favorite book of all time, was/is The Phantom Tollbooth by Norman Juster and illustrated by Jules Feiffer. The book tells the story of a young boy named Milo who would rather be anywhere other than where he is, values little and considers time and all things that exist within it a waste of, well, time.

One day Milo comes home from school to find a large, mysterious and anonymously delivered package that contains a miniature tollbooth and a map of "the Lands Beyond" in his room with a note that reads "FOR MILO, WHO HAS PLENTY OF TIME". And with nothing better to do Milo assembles the tollbooth and, in his toy car, travels through it onto the road to Expectations.

As a result of not paying attention, he first travels through The Doldrums; a place where thinking and laughing is not allowed. But soon gets out (with thought and laughter, of course) and finds his way through Dictionopolis and Digitopolis and must save the two princesses, Rhyme and Reason, by helping the kings of each kingdom settle the debate on which is more important, letters or numbers. We learn, along with Milo and Tock, that both are equally important.

On his journey he meets and befriends Tock, a watchdog with an alarm clock attached to his body, the Whether Man, who contemplates whether or not there will be weather, and so many other fantastic characters. We meet The Humbug, Officer Shrift, King Azaz the Unabridged, The Mathemagician, Terrible Trivium and the Senses Taker and Alec Bings, a little boy who sees through things and grows until he reaches the ground, and he even got to watch Chroma the Great conduct his orchestra in playing the colors of the sunset.

In Digitopolis they eat Subtraction Stew, which makes the diner hungrier and in Dictionopolis they attend a banquet where guests literally eat their words.

There is so, so, so much more to this story. It’s filled with puns and has been compared to Carroll’s, Alice in Wonderland.

What I love about it so very much is, as an only child, a “latch-key” kid raised by Boomers in the Reagan era – I very much related to Milo. But the moral of the story is what really got me and is something I have not taken for granted since my first reading of the book as a very young child. I learned that information, education, words, numbers, colors, experience – the world, is beautiful. Time is important and should never be wasted. Everything can be interesting.

All from a little children’s book. 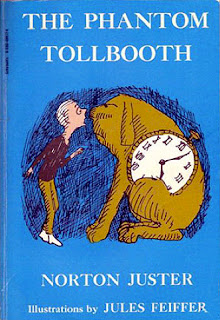 I have owned at least six or eight copies of the book, all of which I‘ve either given away, loaned (never to be seen again) or lost throughout the years. Lamentably, a few of them were beautifully and emotionally inscribed by my mother. That’s okay, because I want it to be out there. I want people to read it. I just bought another copy. Used. I like that it’s used. I like that it’s been read.

Why did I buy another copy and why am I writing about The Phantom Tollbooth now?

Yes, I have had a cat. I got him a month or two out of college when I lived with my boyfriend at the time and Paz. It was late summer, 1996. The Atlanta Olympics were going on. I named him Milo.

Milo lived with me in our many homes (one next to a crack house), and two relationships, in Atlanta, traveled across country with Mark, Besito and me, and lived with me for quite a few years here in LA, through four or five different apartments and houses.

About five years ago my then boyfriend, Liam, and I moved into a house in Canyon with Milo and Besito. After some time Liam and I went our separate ways and not long after that Milo, Beso and I moved to a different house, higher up in the Canyon. Milo continued his predatory and manly behavior proudly depositing his dead, neatly eviscerated prey as gifts to me. He and Beso played and played. Milo could have kicked Beso’s ass in a New York minute, but he always let Beso think he won.

Then, two years ago, the three of us moved back down lower in the Canyon – a stone’s throw from the first spot with Liam. Within thirty-six hours Milo was missing. My friends were tremendously concerned. Perhaps he had been attacked by a coyote, hit by a car, kidnapped by aliens. I don’t know why but I was not worried in the least. That cat is tougher than a coffin nail. No coyote could outsmart him. Hell, he’ll outlive us all.

A few months later, on a hike, I noticed an old faded sign that read, “Lost Cat”. And there was a picture of Milo.

Guess where he was that whole time?

At our old house.

The new residents named him Claus von Boosboos. When they first found him and took him to the vet, the doctor estimated his age at six years. He was thirteen.

I tried to take him back but he would simply return to the old house. So we all decided that rather than have him running back across the street every time, risking getting hit by a car, he could continue living at "his" house -- the tenant was pleased with that decision.

When the house was sold and the owner moved we decided I had to take Milo for real. I tried everything (four times) but he kept going back. I even scaled the gate and broke into the property one time to retrieve him.

Finally I spoke to the new couple that moved into the house and we all decided – that is Milo’s house. Really, they’re just renting from him.

I think about him a lot. He was the coolest cat I’ve ever had. About a month ago I walked past the house and there he was, lounging on the stoop, in a sun-spot. Happy as a lark. I was sad, then happy, then sad, then happy.

Then I realized, Milo is Milo. It’s his adventure and his world, and he has found happiness and beauty.

Milo turns fifteen this summer and is still owning this canyon.

At the end of The Phantom Tollbooth, once Rhyme and Reason have been restored to Wisdom, Milo says goodbye and drives off, feeling he has been away for many moons. He then sees the tollbooth ahead and drives through. Suddenly he is back in his own room, and discovers he has been gone only an hour.

He awakens the next day full of plans to return, but when he gets home from school the tollbooth has vanished. A new note has arrived that reads, "FOR MILO, WHO NOW KNOWS THE WAY."

As I recall, my Milo didn’t care much about milk, but that cat loved him some tuna fish. 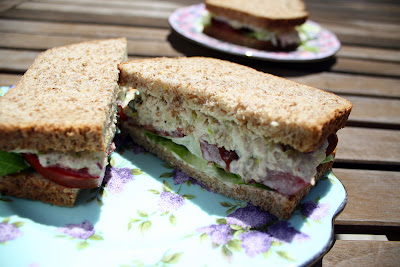 Makes two sandwiches (one each for Milo & Tock)

DIRECTIONS
Place the tuna in a colander and drain well.

Shred the tuna with your fingers, breaking up any clumps until it has an even texture.

Fold in the mayonnaise until mixture is evenly mayo-ed.

Put the tuna in a medium bowl and mix in the lemon juice, celery, onion, pickles, capers, salt and pepper until well blended.

Salad can be kept covered in the refrigerator for up to 3 days.