Stand by me, this big chill. 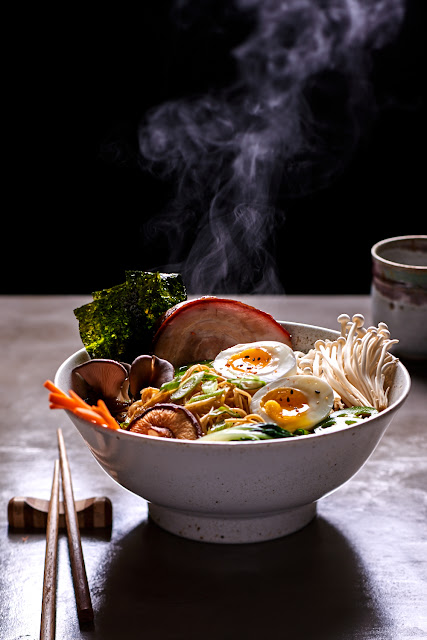 Right around the holidays I got news that a high school friend died. Took her own life. I hadn’t thought about her in years, but I remember her well. She was one of those people you don’t easily forget.


I was a gawky freshman in high school, and it’s hard to believe now how little I knew, how little I had seen, but you couldn’t have told me that then. As with any high school, any social environment really, there were all the cliques; *the sportos, the motorheads, geeks, sluts, bloods, wastoids, dweebies, dickheads, and I felt as though I belonged to none.

Silver, new to Richmond and our school, going on appearance alone, with the dyed black mohawk, black leather jacket studded with safety pins, many face piercings, military boots, was punk. I guess she was a cool kid, but unlike most cool kids, she was much less discriminating about who she chose to hang out with. Or, at least, sometimes she chose to hang out with me. And it was almost always a little bit scary and a lot bit memorable. 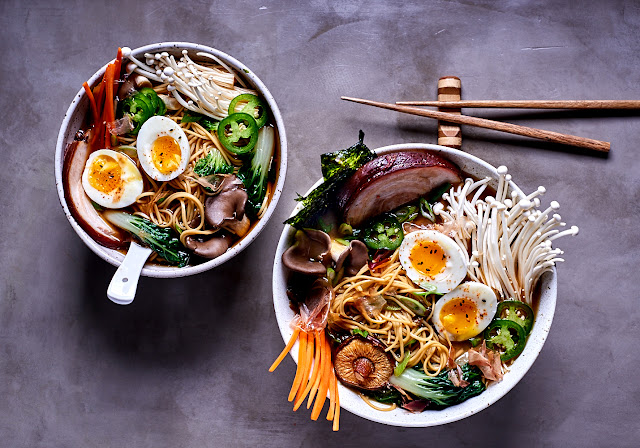 I hitchhiked with Silver to get to an under-age, teen, night club in an era when people just didn’t hitchhike any more - certainly not young girls. Once there, we probably got someone to buy us beer. I don’t remember that. I just remember the rush, the thrill of the danger of being out in the world without a grown up, but also, feeling free.

One night, Silver took me and another friend to a house party out in the suburbs somewhere. I did not know a soul, no one from our school was there, and everyone looked like they were channeling Sid Vicious, et al. Beer and cigarettes and sweat and broken glass and sex was everywhere. I feel like I was probably pressed flat against a wall with my eyes wide and mouth agape, an outsider peering in. 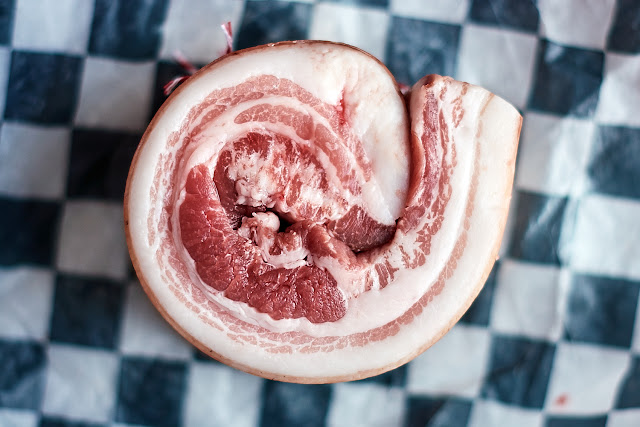 There were a few more of those nights, a few other memorable Silver streaks in school, but really, after Freshman year, I guess Silver found her people and I found mine. Maybe we found ourselves. After that, we crossed each other’s paths both in school and socially, but I don’t recall many more intimate social events.

About a decade ago, I heard she was in LA (the same time I was living there), but I didn’t attempt to get in touch with her.

Then, she was dead.

Jon and Chris, two of Silver’s closer friends, organized a memorial service, and a smallish, disparate group of us attended. Some of us hadn’t seen one another since high school, some of us kept in touch for a while but had gone our separate ways, some don’t speak to each other any more. It was awkward. It felt a lot like Freshman year of high school, actually.

Something Chris said that stuck with me; Silver grew up to become a woman. She had experiences and a life that went far beyond high school. Silver did not die at the age of eighteen.

It seems obvious that Silver did not die at eighteen. But what Chris really hit on is that was exactly where she was frozen in time, at least for me. And maybe for most of us there that day. Maybe that’s why he felt the need to say it.

After the pour-one-out-for-our-homey service in a park near Silver’s high school home, everyone walked across the street to a bar, to pour one in for our homey. The awkwardness certainly abated to a degree. Mostly it was more easily concealed in the social climate of the bar. With drinks.

Looking around at everyone, these men and women, with their spouses, their lives, I was simultaneously reminded of the movies Stand By Me and The Big Chill. In one we are taken through the experience of four twelve year-old boys on an adventure to see a dead body. Interestingly, the voice of the movie is that of one of the boys, all grown up with kids of his own. He is recounting the story because he just got word that one of the boys, his best friend at age twelve with whom he had long since lost touch, was killed and he is taken back to his youth.

In The Big Chill, we share a couple of days with a group of old college friends and roommates, now adults, with marriages, divorces, children, their lives, who reconvene to mourn the death of one of their group who took his own life. Throughout the course of a weekend together they laugh, cry, fight, they get drunk, have sex, they go jogging, they snort coke (it’s the eighties). Then they go back to their own lives, reminded of who they were, who they are and how much one may or may not reflect, impact the other.

Though I did not know the woman that Silver grew into or the moments and experiences that were the mosaic of her life, I’m happy to be reminded of her, to have known her. She certainly was one of the tiles in the mosaic of my own life.

I’m also happy to know all the people that are still here, awkward or no. It beckons a line from Stand By Me, “I never had any friends later on like the ones I had when I was twelve. Jesus, does anybody?”

Rest in peace, Silver. Thank you for brightening my world.

May the long time sun
Shine upon you,All love surround you,And the pure light within youGuide your way on. 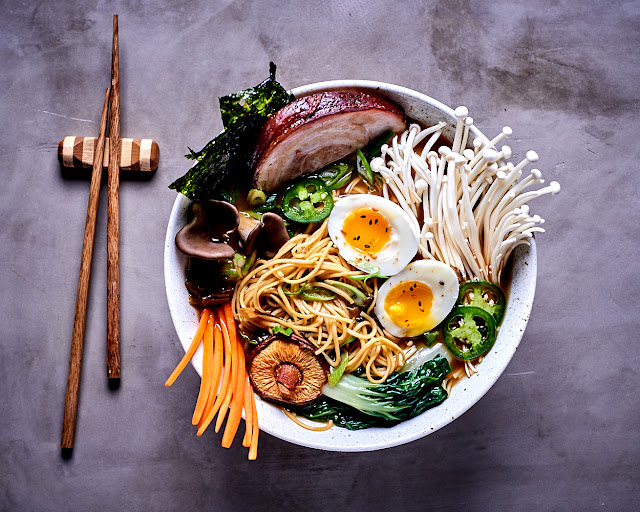 The recipe I'm sharing here is that of ramen. Ramen is kind of a still-waters-run-deep kind of dish. It is rich, powerful and complex in flavor, can be dressed down or up, and right now is definitely a cool-kid food. And with things like enoki mushrooms that remind me of mohawks, it can totally be punk rock.

INGREDIENTS
1 1/2 pounds pig trotters, split lengthwise or cut crosswise into 1-inch disks (ask your butcher to do this for you)
1 pound chicken legs and carcasses, skin and excess fat removed
1 Tablespoons vegetable oil
1 medium onion, skin on, roughly chopped
6 garlic cloves
1 1/2 inch knob ginger, roughly chopped
1 whole leek, washed and roughly chopped
1 dozen scallions, white parts only (reserve greens and light green parts for garnishing finished soup)
3 ounces whole mushrooms or mushroom scraps
1/2 pound slab pork fat back
DIRECTIONS
Place pork and chicken bones in a large stockpot and cover with cold water. Place on a burner over high heat and bring to a boil. Remove from heat as soon as boil is reached.
While pot is heating, heat vegetable oil in a medium cast iron or non-stick skillet over high heat until lightly smoking. Add onions, garlic, and ginger. Cook, tossing occasionally until deeply charred on most sides, about 15 minutes total. Set aside.
Once pot has come to a boil, dump water down the drain. Carefully wash all bones under cold running water, removing any bits of dark marrow or coagulated blood. Bones should be uniform grey/white after you've scrubbed them. Use a chopstick to help remove small bits of dark marrow from inside the trotters or near the chicken's spines.
Return bones to pot along with charred vegetables, leek, scallion whites, mushrooms, and pork fatback. Top up with cold water. Bring to a rolling boil over high heat, skimming off any scum that appears (this should stop appearing within the first 20 minutes or so). Use a clean sponge or moist paper towels to wipe and black or gray scum off from around the rim of the pot. Reduce heat to a bare simmer and place a heavy lid on top.
Once the lid is on, check the pot after 15 minutes. It should be at a slow rolling boil. If not, increase or decrease heat slightly to adjust boiling speed. Boil broth until pork fatback is completely tender, about 4 hours. Carefully remove pork fat with a slotted spatula. Transfer fatback to a sealed container and refrigerate until step 7. Return lid to pot and continue cooking until broth is opaque with the texture of light cream, about 6 to 8 hours longer, topping up as necessary to keep bones submerged at all times. If you must leave the pot unattended for an extended period of time, top up the pot and reduce the heat to the lowest setting while you are gone. Return to a boil when you come back and continue cooking, topping up with more water as necessary.
Once broth is ready, cook over high heat until reduced to around 3 quarts. Strain through a fine mesh strainer into a clean pot. Discard solids. For an even cleaner soup, strain again through a chinois or a fine mesh strainer lined with several layers of cheese cloth. Skim liquid fat from top with a ladle and discard.
Finely chop cooked pork fatback and whisk into finished broth. To serve, season broth with condiments of your choice (salt, soy sauce, miso, sesame paste, grated fresh garlic, chili oil or a mixture of all, for instance) and serve with cooked ramen noodles and toppings as desired.

Preheat oven to 275°F. Heat 1 cup water, soy sauce, sake, mirin, sugar, scallions, garlic, ginger, and shallot in a medium saucepan over high heat until boiling. Add pork belly (it won't be submerged). Cover with a lid left slightly ajar. Transfer to oven and cook, turning pork occasionally, until pork is fully tender and a cake tester or thin knife inserted into its center meets little resistance, 3 to 4 hours.Transfer contents to a sealed container and refrigerate until completely cool.
When ready to serve, remove pork belly and strain broth. Reserve broth for another use. Slice pork belly into thin rounds (it might help to cut it in half lengthwise first).
Reheat pork belly slices in soup broth with noodles and other garnishes. Alternatively, heat a small amount of reserved broth in a skillet and heat pork slices in broth until hot or reheat with a blowtorch, charring its surface. Serve.
Printable recipe.