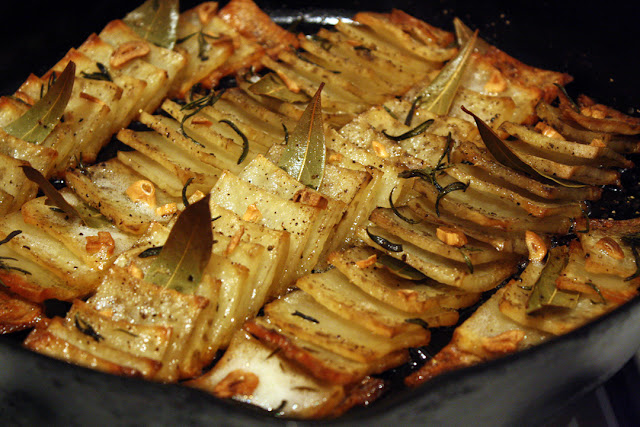 I have been noodling with different ideas for my end-of-the-year post for about a week or so now. I bandied about the idea of a 2011 ‘round-up’ and even started that one – I got two paragraphs in and everything. I guess I abandoned it when I realized 2011 has been a year I have been kind of ambivalent about. I mean, it has been quite a year. A year that feels like a minute. But, without trying to sound maudlin, a year I’m perfectly fine with passing into a new one.

Admittedly, I am tremendously excited about 2012. But I ought not get my panties in a bunch about a year that has not yet begun.

2011 has had a lot of beauty, don’t get me wrong. It has just been very Big. I have seen some friends go away and come back, seen some friendships become incredibly fueled and intense in both good and bad ways, seen some go away never to return again and I feel I have been strengthening my relationship with my mom. I have eaten a mountain of amazing food, drunk vats of delicious wine, added a beautifully intense Chihuahua to my family, danced in closed restaurants with random people until four o’clock in the morning, traveled through Europe with friends and family; at times cried myself to sleep on the couch but at times also wanted to spin around on top of a mountain singing with joy.

But I’ve wanted something that hasn’t been there. Something I have been missing for some time. Something I didn’t even realize I forgot what it felt like. Until I felt it. Again. And, as a result, right this minute, as 2011 is about to slide into 2012, I am so very full and warm and fuzzy and happy. But I did just eat a pile of carnitas/asparagus/bacon/potato hash with two fried eggs on top. 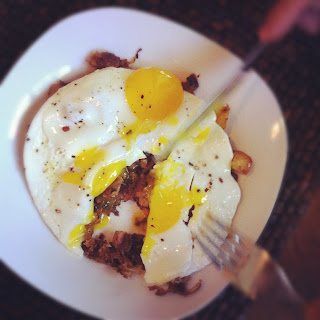 The past couple of days I have thinking a lot about dominoes. It clearly began on Christmas Eve. Fred and I made dinner. We roasted a turkey, stuffed with Meyer lemon, covered in a weave of bacon and served with a sherry-pan gravy, a burrata and beet salad, roasted parsnips and my Brussels sprouts with toasted hazelnuts in a sage-brown butter. We also riffed on a recipe I had seen in Bon Appetît a few months back called ‘domino potatoes’. I had been wanting to prepare it since I first saw it, so I was excited. It’s a beautiful dish. 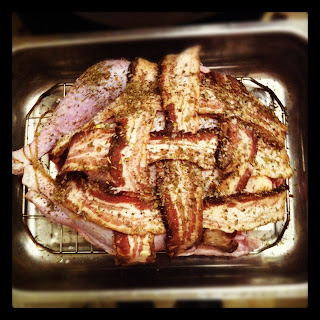 But then I started thinking about dominoes and moreover, tessellation, in general. In the area of math, the word domino often refers to any rectangle formed from joining two congruent squares edge to edge. To go in a bit further, tessellation is the process of creating a two-dimensional plane using the repetition of a geometric shape with no overlaps and no gaps. Generalizations to higher dimensions are also possible. Think M. C. Escher.

One use of dominoes is standing them on end in long lines so that when the first tile is toppled, it topples the second, which topples the third, and so on and so on, resulting in all of the tiles falling. By analogy, the phenomenon of small events causing similar events leading to eventual catastrophe is called the domino effect.

Well, over the past month, I have been toppling and my walls have been falling. There have been moments where I have feared the possibility of eventual (or immediate) catastrophe. I guess is big part of me still harbors that fear. But I have simultaneously felt a form of tessellation has occurred – it's as though a plane with no overlaps or gaps has been created. With two congruent squares, edge to edge, a rectangle has been formed and, as a result, higher dimensions are now possible.

And this, my friends, is one of the primary reasons I am so very much looking into that which the possibility of 2012 holds. Right now, it seems infinite.

I wish each and every one of you a beautiful and inspired 2012...

DIRECTIONS
Preheat oven to 425°. Brush a 13x9x2" baking dish or cast-iron griddle with 2 Tablespoons of butter. Peel potatoes and trim ends (do not rinse). Trim all 4 sides of potatoes to form a rectangle. Using a mandoline, cut potatoes crosswise into 1/8" slices, keeping slices in stacks as best you can.

Re-form slices from each potato into a stack. Place in prepared dish, fanning apart slightly like a deck of cards. Insert bay leaves and garlic between potato slices at even intervals. Season with rosemary, salt and pepper and drizzle with remaining butter.

Bake potatoes, rotating the dish halfway through cooking, until the edges are crisp and golden and the centers are tender, about 1 hour. Sprinkle with fleur de sel.

One year ago: Vinegar-Braised Chicken with Garlic and Celery Leaves
Two years ago: 2009: The Year of the Food Truck