Back In the Saddle Again. 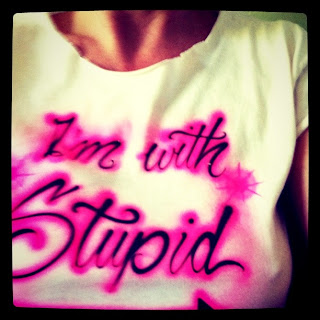 I’m happy to report that I am back in my usual form here at F for Food. I finally finished all that was fit to print regarding Yerp and I’m back in my kitchen and back in my fair city’s restaurants. Back to causing trouble on the home front. Back to being lost and found and lost again. Back to trying to find my answers in all things culinary.


Work got extremely busy from May until a few weeks ago but things appear to have hit a calm. I haven’t really been out on the town, so to speak, but I also have not been cooking. There was a week in which Maggie and I did a cleanse together (ugh). But other than that week I cannot tell you why the kitchen has only an onion, three pieces of bread, half a bag of frozen edamame from Trader Joes and a bunch of too-ripe bananas. 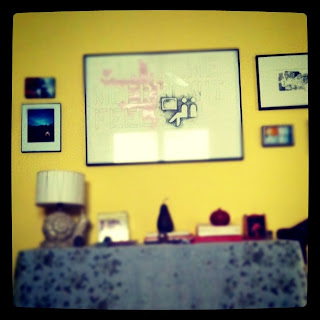 I really hate to see food go bad. At some point a ways back I noticed a stray container of ricotta in the fridge approaching its expiration. Rather than toss it I zipped out to the store to buy all things to make a lasagna bolognese so that I could incorporate the ricotta into a recipe. So rather than throw away a couple of dollars worth of food, I created an errand to go spend exponentially more than a couple of dollars on more food to make a recipe that took the better part of a day.

The lasagna turned out beautifully, though.

So the other day that bunch of too-ripe bananas had me bemused. I won’t even consider eating a fruit even a moment past ripe, and these guys were a little beyond that. But I really wanted to avoid tossing out a whole bunch of bananas. I couldn’t figure out a way to integrate them into a savory dish. Well, not one that I could even think about wanting. I bandied about the idea of peeling them, chopping them into chunks and freezing them for future smoothies, but I had done that a few times already and I felt like being more kitchen-y than that.

So I called my mom as I rifled through some of my less modern cookbooks. I was going to have to bake.

I decided on a bread. That seemed less daunting than any other fruit-related baking project as it can fall onto the more savory side of the fence. Mom was giving me advice as I landed on the recipe I was going to base my bread from in my 1969 edition of the eponymous New York Times Cookbook by Craig Claiborne. The recipe was simple and confident as are many in this particular tome.

I think my mom actually gave me this cookbook right before or after college. I tell you what - it has certainly seen its fair share of kitchen action in its forty-two years of cookbookery. It's banged up, falling apart and peppered with - well, probably pepper - and all manner of crusty food stuffs. It's been rode hard.

I poked around the cupboards to see if I could make use of anything else to jazz up the recipe and give it my own flare. I unearthed bourbon-soaked vanilla beans and candied walnuts. Done deal.

The recipe was fairly simple to execute and turned out beautifully. Maggie and Doug thought it was great. Eating a generous slice, warm and slathered with butter, even my mom said she was impressed.

And unlike the lasagna, I didn’t have to leave the house or spend an extra penny. Maybe I’m getting better at this. 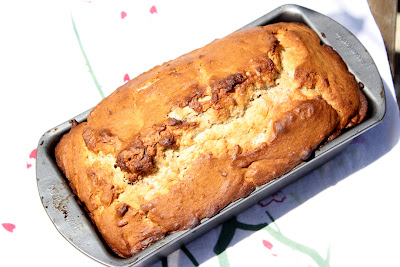 Sift together the flour, baking powder, baking soda and salt.

Cream the shortening, add the sugar gradually and continue working until light and fluffy. Add the eggs and beat well. Add the flour mixture alternately with the bananas, a small amount at a time, beating after each addition until smooth.